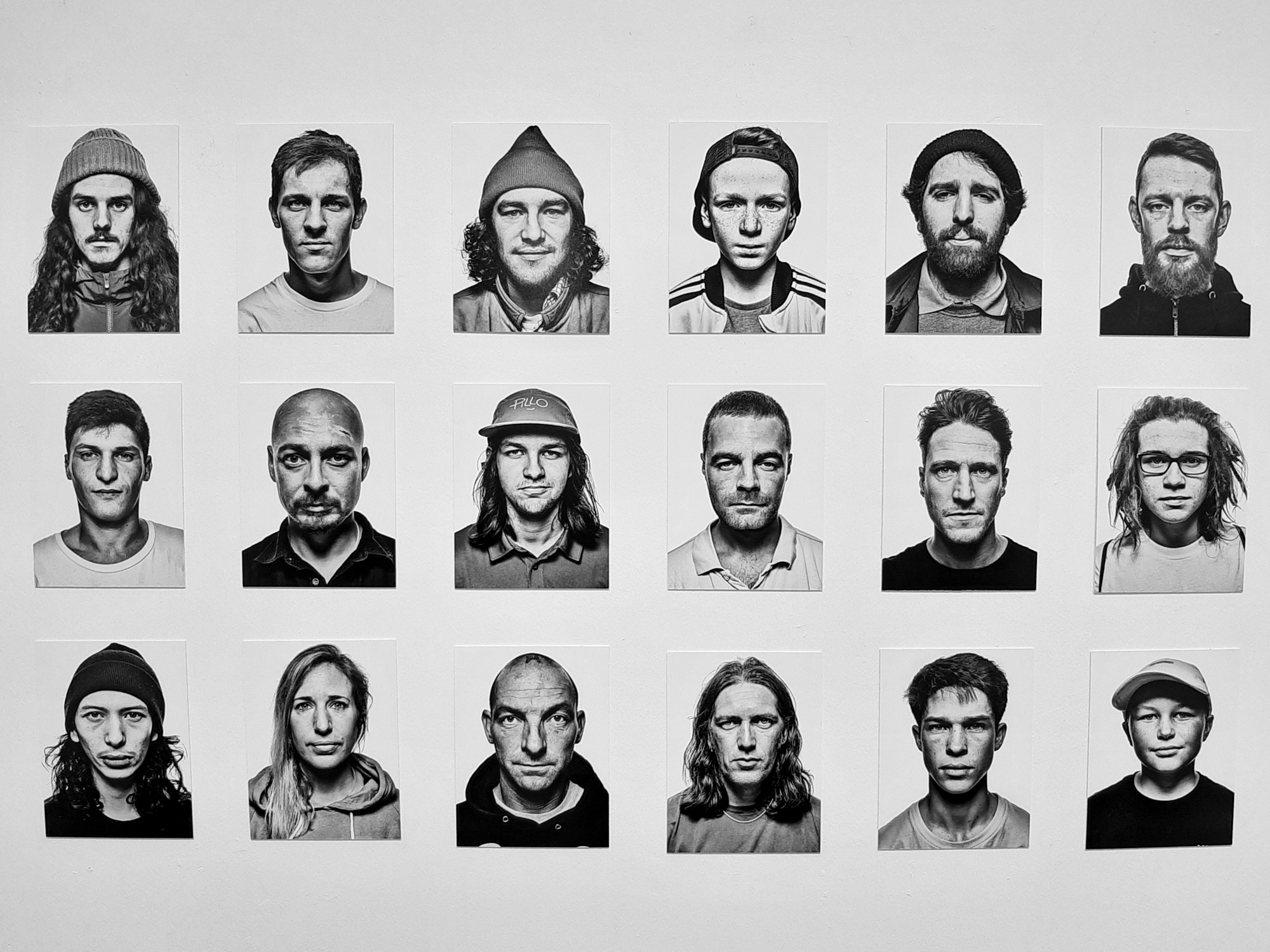 T here is a wealth of photographic talent within our island. For the 10 or so years I’ve been associated with this creative community, one name has always existed at the upper-echelon of said group. Danny Evans, for those unaware, has been the creative driving force behind the front covers and fashion sections of Gallery magazine for the longevity of its tenure. His striking portraiture has graced every publication on the island, and just about every corporation and business as well. His name might not always be the most prominent in the public’s eye, but his work certainly is.

Whilst other photographers have submitted to the necessity of the wedding scene over here, Danny seems to have unapologetically stuck to what makes him excited about photography. His studio work stands out amongst other photographers. His is certainly an identifiable style that means once you’ve associated his work with his name it’s hard not to recognise it when you see his images on websites and in publication. Many photographers across Jersey, myself included, are certainly guilty of following the Joey L visage of photography – and why not, it’s a bloody beautiful style to work towards. However, it’s always been noteworthy to me that Evan’s style has existed with a strength towards originality.

Whilst editorial fashion has been at the core of Evan’s professional existence for the majority of his career, it hasn’t been without jumps into the genre of documentary photojournalism. Such is the calling for this new show, on at the Jersey Arts Centre, that points a considered lens towards the aesthetically curious skateboarding community within our island. Evan’s show is one that utilises everything that makes his fashion portraiture stand out within a technical sense to bring full attention to the detail of his subjects. The images are all presented in black and white format, with nothing within the image left to abstract discussion. This is forensic portraiture to me. Evan’s finds his subjects, and their associated personal effects, fascinating. Of course, a face, a pair of shoes, or a skateboard, would be the same whether in a skatepark or in a studio. Yet, within Evan’s studio, he’s able to capture the harsh reality of what his subjects are – with extreme clarity and detail – allowing us to observe and investigate the contents fully.

It’s worth stating that this isn’t just high-quality images of ‘things’ for the sake of it. The decision to shoot in black and white clearly has an aesthetic, artistic meaning. Black and white imagery conjures a sense of grit, harking back to the days of film. Grit and skateboarding go hand in without much need to point it out. Black and white imagery is also instantly attention grabbing, and de-voiding the images of colour takes away potentially distracting elements – similarly, shooting in the studio allows Evan’s to create images void of distraction, whereby everything within the frame is intended to be observed. Black and white, for me, has always felt like stripping the subject of an image bare – it asks the viewing to fill the colour in with their own impressions. These desaturated images feel quieter, and in a sense, stronger. Certainly, they are bolder in many ways. Evan’s technical skill with the still image can’t be ignored here. He’s long been my pick for Jersey’s most capable technician behind a camera, and the choice to shoot in a ‘simplistic’ way here doesn’t mean the images aren’t any less a technical marvel. Giant portraits of his subjects exist with pin-prick clarity, allowing the viewer to inspect every wrinkle, every scar, every tattoo and every wayward hair. It’s observation in a manner that documentary photography rarely gets to present, so it’s a treat to really drink it all in at this show.

The subjects are at the heart of the show and, technical mastery aside, Evan’s has brought us here to look intimately at a specific group of people. No longer relegated to specific corners of the island, within the JAC some of these individuals are presented like giants, adorning the gallery’s walls – literally, as unframed portraits act as incredible wall art. Jersey’s skateboarding community is one that constantly seems to flux in and out of favour with the populace of Jersey. Their presence in the news currently, because of plans for a new skatepark in Les Quennevais, is one such instance. Many view the park as a necessity for the youth of the island to have somewhere that is their own. Others seem only to see skating culture on a skin-deep level, judging books by their covers, so to speak, viewing it as a cause for concern. I’m only 28 myself, so I’m not going to pretend skaters, as a generalised comment, aren’t all angels – did they ever say they were? It’d be ignorant to not recognise that skateboarding was born as a counter-culture and has deep roots within political activism and social unrest. It’d be even more ignorant to claim that Jersey’s skaters are all ‘this’ or ‘that’, but it’s merely an acceptance that the culture as a whole is rough around the edges – similarly to the Channel Island’s motorbike clubs – and that makes for a great photographic project.

Evan’s show certainly doesn’t shy away from this. Natural prejudice means that the stark images of men and women covered in tattoos are bound to make some viewers more uncomfortable than others. It’s not that the images present anyone in a negative light; again, Evan’s manner of portraiture is one to remove such inferences from the artist or the subject. If you feel intimidated or opinionated about the subject within an image it asks you to question your own reactions. Those with head tattoos are absolutely tagged with a negative stigma – but does having a tattoo on any area of your body make you someone to be avoided? To be perceived in a specific, likely negative, way? Maybe this was true in one such time and in specific cultures, but it’s certainly not true in 2019.

Evan’s show is light on words and comments from the artist himself, which further adds to the idea that what the audience takes away from the show is largely dependent on their own connection to skate culture. Don’t mistake that for needing to know anything coming into the show though, if you know nothing of skating you can take away as much as someone who has existed within the scene their entire life.

Documentary photography is difficult, seemingly, to come by in Jersey. At the very least, even if it is plentiful somewhere, it’s rare to see it within a gallery space. I was there opening night at the JAC’s Berni Gallery, surrounded by the subjects of the images, and again several days later on my own. Both instances presented very different takeaways. Within the bustling crowd there was an air of excitement and novelty. I had as much enjoyment looking at the images for the first time as I did watching others do the same; watching a little boy take a photo of his own photo on the wall struck at the core of what I suspected this show existed to do, at least on one level. Evan’s professionalism seemed ideal to bring together those within the artistic community in Jersey, as well as a more youthful audience interested in their culture being promoted so intensely. When I revisited the exhibition, the images seemed to grow larger, demanding more time be spent observing them and looking deeper; asking what my own takeaways of the images meant about myself and my perception of skate culture, and the people within it. I don’t mean for this to sound as pretentious as it does, but Evan’s exhibition is certainly a thinking person’s exhibition. The meat of this show, for me at least, is about questioning how the viewer feels when confronted with these images. This isn’t the artist expecting, or leading, you to feel a certain way, it’s literally designed for you to have a uniquely personal perspective. It’s the kind of show where the images stay with you, long after you left the space, and you find yourself talking about what the subjects of the show mean to you, for better or worse.

Skateboarders Exhibition is open to the public up to and including, Saturday 27th July 2019 at the Berni Gallery, Jersey Arts Centre, St Helier. 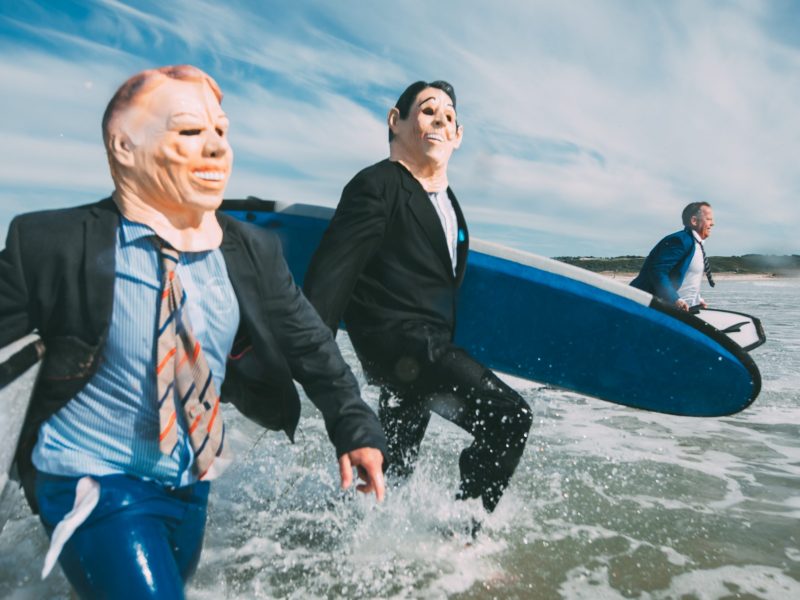 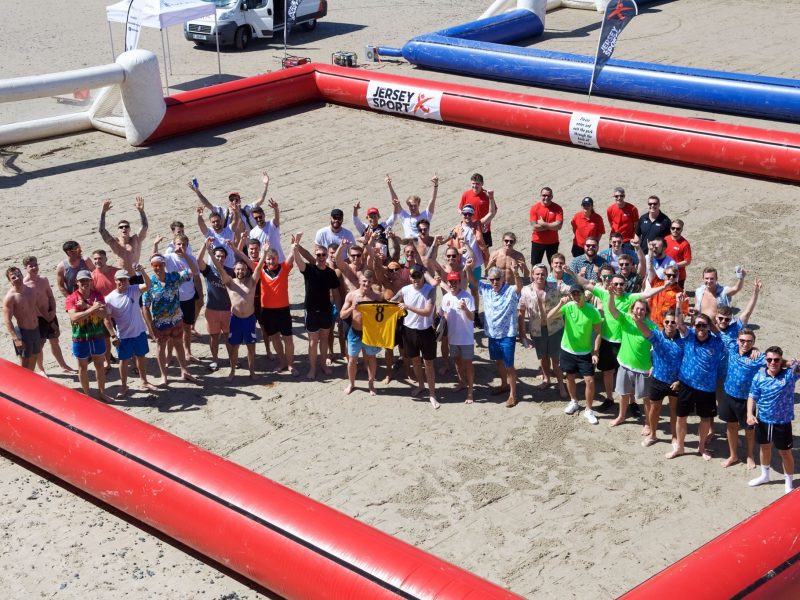 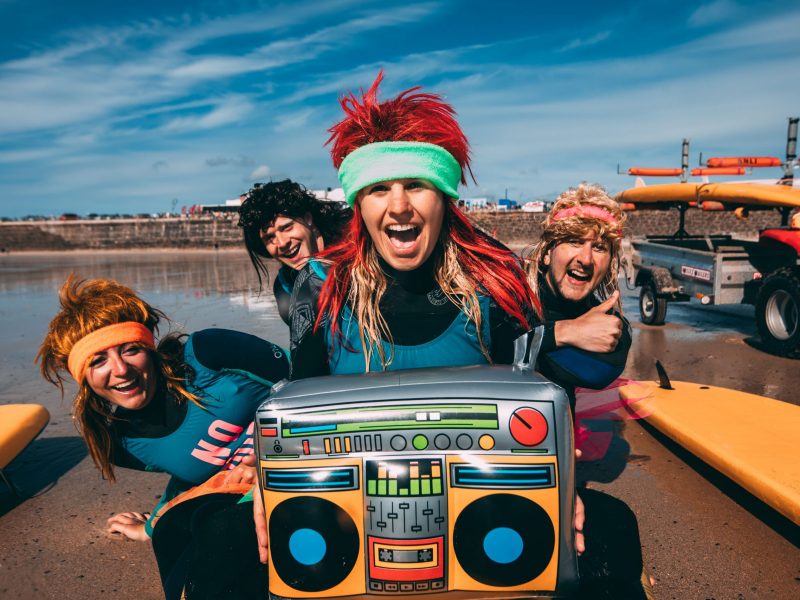